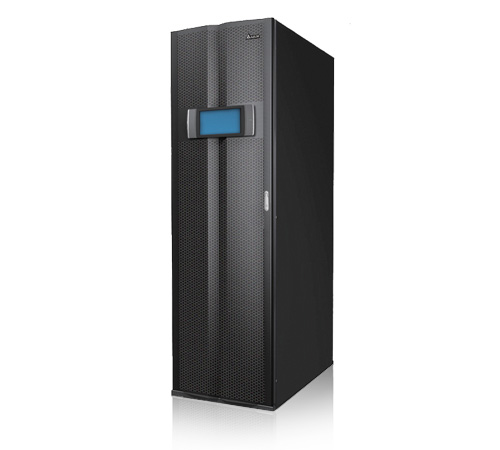 The latest addition to the Modulon DPH series of modular UPS systems has achieved the world’s highest per-rack power density while offering a range of benefits for mission critical applications such as large datacenters.

Delta Electronics, Inc., a global leader in power and thermal management solutions, today announced the global launch of its 500kVA Modulon DPH series uninterruptible power supply (UPS). Delta’s new state-of-the-art online double conversion UPS boasts the world’s highest power density of 55.6kVA per 3U module. Thanks to its modular design, the UPS enables advanced control of power module redundancy as well as the ability to add capacity and pay-as-you-grow scalability. The Modulon DPH 500kVA UPS is the latest in its series, which includes 75, 150, and 200 kVA models as well.

The new high-density UPS from Delta launches at a time when annual global IP traffic is expected to nearly triple over the next five years. Developments such as the increase of content-heavy applications such as bandwidth-intensive video, the Internet of Things (IoT), and big data are behind these dramatic increases in traffic and the corresponding demand for greater datacenter capacity. The industry-leading power density of 55.6kVA per 3U module achieved by Delta’s new 500kVA Modulon DPH model gives datacenter operators greater flexibility to adapt to these rapidly changing requirements.

Highlights of the fault-tolerant design of the 500kVA Modulon DPH series UPS include power module redundancy and a dual CAN bus, onboard control logic, and self-synchronization. An added benefit of the adaptable modular design is that critical components are hot swappable. Parallel expansion and N+X redundancy with up to 8 units are possible. Furthermore, the system’s hot-swappable architecture offers a 50% faster service time than required compared to traditional UPS systems. Together, these features make the DPH series appropriate for high-availability applications such as Tier IV datacenters. The latest UPS from Delta is also an ecological choice, with AC-AC conversion efficiency of up to 96.5% in normal operation and 99% in ECO mode. 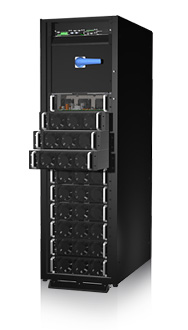 IT managers will be pleased to note that the latest DPH model also comes equipped with a touch screen, an environment management system, and a battery management system. The console’s large 10” color touch screen allows operators to view event logs and access diagnostic information.