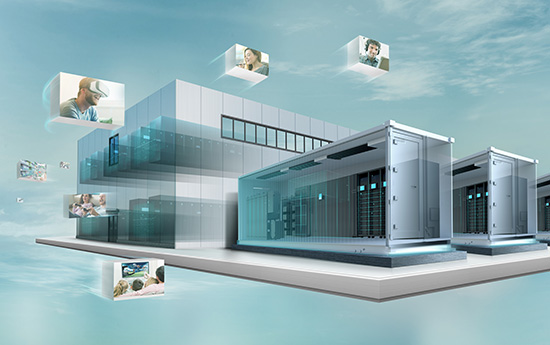 The problem of rapid growth in the volume of processed data has become more pressing than ever before. To address this problem, we need massive computing power, which is already growing exponentially and requiring the construction of new data centers, increasing the power density per rack, and improving energy efficiency. The facilities built several years ago must be upgraded to meet the continually changing industry requirements. Today, no one considers a data center as a completed one-off project. Every data center is built taking into account a further gradual increase of its capacity. At a time when scaling has become a significant issue in the construction of data centers, the modular approach and smart manufacturing solutions such as prefabricated buildings, come to the aid of the designers. With the help of the solutions above, you can delay the launch of currently unnecessary parts of the data center, which can then be quickly put into operation as needed. There are many myths and legends around prefabricated buildings, some of which this article will try to debunk.

What Makes it Different From Traditional Solutions?

All data center subsystems can be divided into three main categories: power supply, air-conditioning, and IT load. Let’s include the telecommunication part with the latter to make things simpler. The modular approach means manufacturing these subsystems or their components as functionally complete products. It can be a factory-fitted cabinet or even a container intended for outdoor installation. The modular element can be defined as any sufficiently large prefabricated unit. However, it is usually either a container solution with some engineering infrastructure already installed at the factory or a solution that can be assembled into rack-mounted arrays that feature a chassis with a mounted busbar trunking system, a cable tray system, and other systems.

This approach significantly simplifies the installation and commissioning of a data center. All the modules are tested at the production stage, which eliminates compatibility problems and various malfunctions that may slow down the commissioning process. Ideally, almost all of the engineering and rack-mount components of the server rooms are assembled at the same factory where a thorough check that simulates the load also takes place. Special heaters can be installed in cabinets instead of servers. After inspection, the system is disassembled for transportation, packaged, and delivered to the customer for further assembly onsite. Process parallelization speeds up commissioning even more. While the customer is dealing with the site and server room preparation, the data center is already being manufactured in the factory.

The Reason Why Containers Haven’t Taken Over the World

The use of prefabricated modules allows for a faster response to ever-changing needs. It is possible to increase the capacity or, conversely, to dismantle resources that are no longer required. Containerized data centers can be moved from one place to another if necessary, but they are not a universal solution despite all their advantages. The reason for this is rather trivial—maximum legal dimensions for loads transported on public highways are relatively small. If you make a server room out of one container, it will be rather difficult to place a row of racks with all communications in it. The server cell will turn out to be too constricted, and there will be very little space left for equipment maintenance.

It is only possible to increase the dimensions to a specific limit because delivering oversized containers can turn out to be way more expensive than their manufacturing. Such solutions are best used for small and mobile data centers. They can be quickly deployed on the spot and just as quickly taken apart when there is no more need for them. Sometimes, containers are used for purposes such as the expansion of traditional data centers if, for example, there is a possibility of building another server room. Building large container data centers have remained an idealistic notion, but the development of modularity in modern data centers has taken a different path. For the most part, modern data centers are still built of concrete or prefabricated metal structures, and use sandwich panels. In this case, only the elements of engineering infrastructure, rack equipment, and even IT-loads are modular. The main idea is to develop a standard solution once that can be replicated later, increasing its capacity and performance as needed.

There are ready-made modular designs for quick installation of rack-mounted equipment and all the necessary busbar trunking and cable tray systems. Convergent and hyperconvergent solutions have been developed to put the IT load on the modular rails. Modularity is the most difficult to introduce for air-conditioning or uninterruptible power supply systems, but there are possible options. Modularity is now available for UPS solutions and such products are gaining popularity. Their advantages are distinct: the system's power can be increased in relatively small increments by adding additional battery cabinets. Installation and maintenance are also simplified, and, in the event of an accident, only a part of the UPS, which can be replaced by the data center staff on their own, is damaged.

Using a modular approach does not reduce capital expenses, but allows them to extend over the entire life cycle of a data center, which averages ten years. At the same time, operating expenses are reduced, and the object’s payback period is much shorter. It is possible to create a modular data center project that is divided into several phases, increasing its capacity as the demand for it grows. Scalability of modular solutions is excellent, and each subsequent phase of modernization most often does not affect the previous ones. This means complete independence already at the design phase, and that even deep modernization of the entire facility can be completed in phases.

Today, the global data center construction industry is witnessing a trend towards the so-called hyperscale. Global technology companies are building big data centers that can handle dozens or even hundreds of megawatts of load. For the most part, these projects are implemented by search engines, cloud solution providers, and large social networks such as Microsoft, Amazon, Google, or Facebook. In Russia, as far as we know, Yandex is attempting this. Specific modular solutions are already actively used in the engineering infrastructure of such data centers. Analysts have different views on the growth prospects of the hyperscale segment; some of them forecast growth of up to 40% per year. Given the emerging trend of moving information systems to the cloud, even this assessment does not look overly optimistic. Modular solutions are also increasingly used when it comes to smaller projects. Today, this is a significant trend in the data center design and construction industry, which drives leading equipment manufacturers to regularly expand their lines of smart manufacturing solutions.