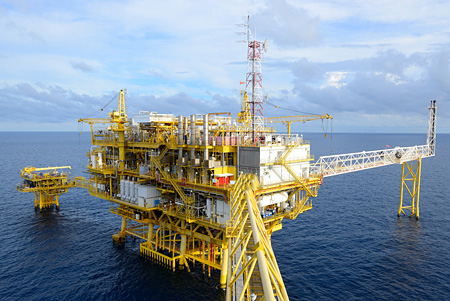 Due to production needs, offshore oil platforms use a large number of pumps, and most pumps are equipped with VFDs. The use of many VFDs results in a significant increase of harmonic current in the distribution systems of offshore platforms. Six-pulse rectification is often used in the rectifier of VFDs to convert alternate current into direct current, which generally produce harmonics of the 5th, 7th, and 11th orders. Besides reducing the work efficiency of equipment, this type of harmonic load causes voltage distortion in circuit impedance and accumulates which weakens the entire grid and threatens distribution stability and all electricity loads.

Power quality problem description
In general, VFDs are equipped with passive filters of LC circuits. When absorbing harmonics, the inductor-capacitor network also inputs a large volume of capacitive reactive power into the grid causing leading phase operation in the generators. High impedance is supported on the offshore platform’s generator to compensate for the capacitive reactive power in the grid. However, this practice is extremely unsafe. Transformer loads are very high while the power factor is extremely low when too much capacitive reactive power flows in the grid. As a result, this is unfavorable to the safety and stability of the power supply on the offshore platform.

If harmonic current runs through capacitors for a long time, capacitor performance is reduced. For example, the lifespan is shortened, capacitance falls, and the designed resonance point of the LC circuit changes so that resonance occurs more easily. This is not safe for the entire circuit.

Harmonic current brings additional losses to transformers cause them to overheat, which accelerates aging of the insulation medium and causes insulation failure. Harmonics raise apparent power, accelerate equipment wearing, and limit equipment efficiency. Also, harmonics have direct negative effects on the capacitors, breakers, and relay protection of the site power system. For example, capacitors blow very often and breakers and relay protection can respond incorrectly and even without cause. When harmonics increase, instrumentation readings may be incorrect, resulting in indication deviations.

Solution
Two sets of DeltaPQCA-380-75-500C3 were connected to the LV distribution system, as shown below.

Effectiveness
The effectiveness of the Delta PQC series active power filer is significant, as shown in the data below:

Current waveform and THD before and after the PQC application are shown below. The following figures show only the on-load condition of four VFDs. Current waveform improved significantly after management, and harmonics of the 5th, 7th, 11th and 13th orders were basically eliminated.

The effect before and after PQC implementation is shown below. Before compensation the transformer worked at gear 1 (the highest), and there was no space for adjustment. After compensation the transformer works at gear 4, leaving ample space for adjustment. Before management, the generator was in slight leading phase operation. After management it operates normally. The APF’s effect on grid improvement is very significant.

Project conclusions
Delta’s PQC series APF demonstrates excellent power management performance for the oil extraction industry. By significantly enhancing the reliability, continuity, and safety of distribution systems, it provides a total solution for power quality problems to prevent severe and even catastrophic consequences due to power quality problems. In addition, as Delta’s PQC series APF reduces the equipment failure rate, it fully releases the distribution margin, and facilitates raising the capacity, to provide tremendous economic value over the long run. 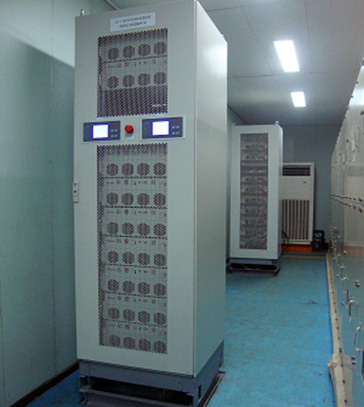