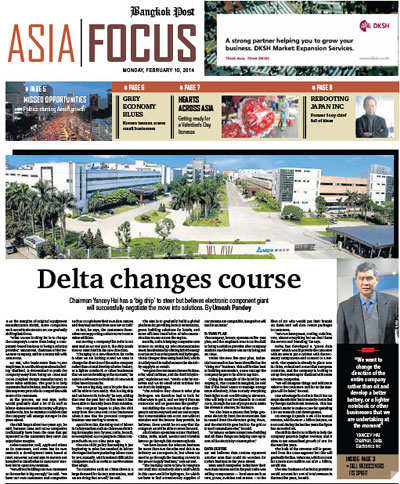 Chairman Yancey Hai has a ‘big ship’ to steer but believes electronic component giant will successfully negotiate the move into solutions.