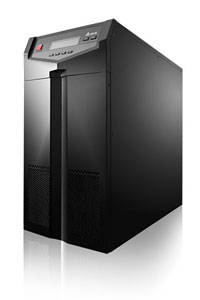 Delta’s Ultron HPH Series UPS, which enjoys glowing reviews among global clients, was rated as one of Business Partner magazine’s ten major influential products on the market for 2015. The Ultron HPH Series UPS was praised as offering optimal and maximum power availability, energy efficiency, as well as superb performance in usability and flexibility as compared to similar products in the market.

The Ultron HPH Series UPS is an ideal choice for industrial applications such as datacenters, factory equipment, communication systems, computer network systems, medical systems, monitor systems, and more. Since its introduction in 2013, it has been chosen by major clients and professional organizations worldwide, such as a German luxury automaker, a major telecommunications company in Asia, and an India-based international provider of medical supplies. For the domestic market, the Ultron HPH Series UPS offers assurance of power for key equipment in a variety of industries, such as commercial routes of the Jiaoji Railway, Guizhou University, a hospital in Inner Mongolia, Batao high-speed tunnel, and others, making it “the most competitive UPS on the market”.