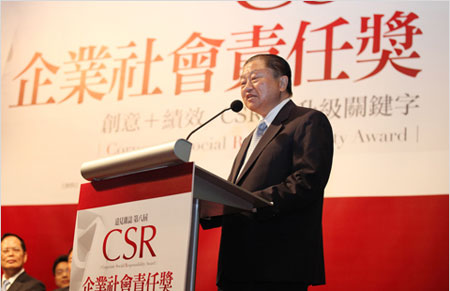 After having received Global Views Magazine CSR Championship Award last year, Delta once again won the Championship Award this year for its "Environment and Energy Education" project in the category of Education. In addition, in the category of Non-Profit, Delta receives the Excellence Award for its "Rebirth of Namasia Ming-Chuan Elementary" project.

Delta's founder and chairman Mr. Bruce Cheng attended the award ceremony. He gave special thanks to Delta employees and all the team members who were devoted to the two winning projects.