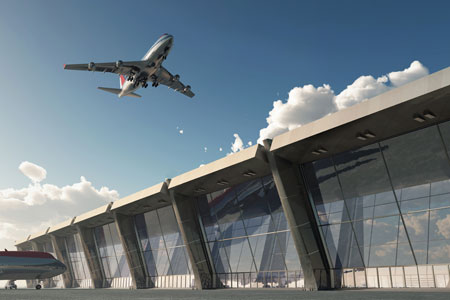 The Delta Modulon DPH Series was recently installed at Poland’s Rzeszów–Jasionka Airport. Located in southeastern Poland, the airport is ranked seventh among Poland’s top 10 airports due to its continuous growth in passenger and cargo throughput. Power supplies are the lifelines of airport operations, and any unstable power supplies or sudden interruptions are likely to pose a threat to aviation safety. Therefore, the airport’s facility management began to reinforce its backup power supply for the airport’s entire lighting system. With the expectation of future airport expansion, the scalability of Uninterruptable Power Supplies (UPS) was one of the key factors in choosing suppliers.

With its perfect availability and high scalability, the Delta Modulon DPH Series UPS stood out from numerous competitors for the Rzeszów–Jasionka Airport project. The Delta Modulon DPH Series UPS adopts redundant structures to maintain the operation of equipment when sudden incidents occur, and its hot-swappable modules and components keep the mean time to repair close to zero to ensure continuous operations. In terms of scalability, Delta’s Modulon DPH Series UPS supports N+X redundancy and allows parallel expansion up to four units, which would achieve optimum efficiency for the future expansion of the airport. Delta’s Modulon DPH Series UPS operates with the Delta InfraSuite Environmental Management System to provide real-time information such as temperature and humidity of the datacenter to the IT manager, who can then control and monitor the data center’s environment.